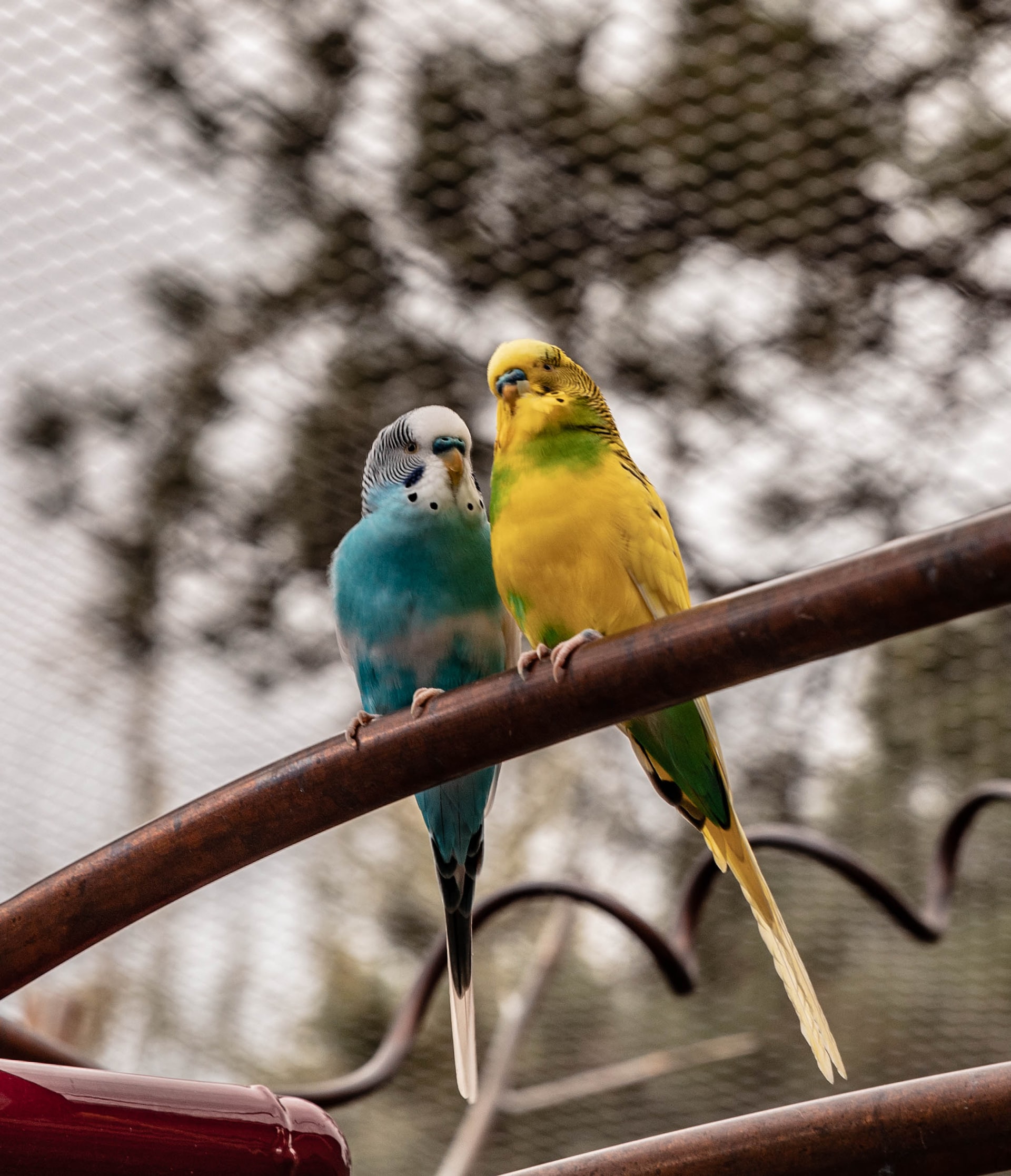 Diet: Fruits, Berries, Vegetation, and a variety of seeds. They feed near the ground and in the wild often feed on grass seeds

They are also known as the Budgerigar Parakeet or “Budgies.”

Parakeets come in two color classes: Blue hue and Green Hue. There are over 120 species and subspecies of parakeets who live in flocks. They are very social and will thrive with either other parakeets or even humans. They are monogamous which means that they stay with the same mate for life. You can tell the sex of the bird by the color of their cere, the waxy enlarged area at the base of the bill of the bird. Male ceres are blue while the females are brownish.

They love toys and are very curious. They may even learn to talk with the world record of 1700 vocabulary words which is equivalent to a four year old child’s vocabulary.

Coal Miners used parakeets and canaries to take with them into coal mines to detect deadly gasses because of the birds sensitivity to smells. If the bird died, they knew that they needed to leave the mine immediately, coining the term “like a canary in a coal mine.”

Size: 12-13 inches with the long tail feathers making up half the length

Cockatiels are also known as the Weiro or Quarrion. They are a medium sized parrot that is its own branch from the cockatoo family.

The crest made from semiplume feathers on the top of the cockatiels heads expresses the emotional state of the bird. When the bird is startled or excited, the crest is dramatically vertical. It’s gently oblique in the neutral or relaxed state and then it is flattened to the head when they are angry or defensive. Another emotion is when the cockatiel is trying to appear alluring or flirtatious then the crest is held back but protrudes outwards in the back. Or if it is sleepy, the crest is halfway up with the tip curling upwards.

Cockatiels are vocal birds that can be taught to sing specific melodies, words and phrases, and can imitate certain human or environmental sounds. One of our cockatiels in this enclosure is named Sparky and he learned to whistle the theme song of The Andy Griffith Show.