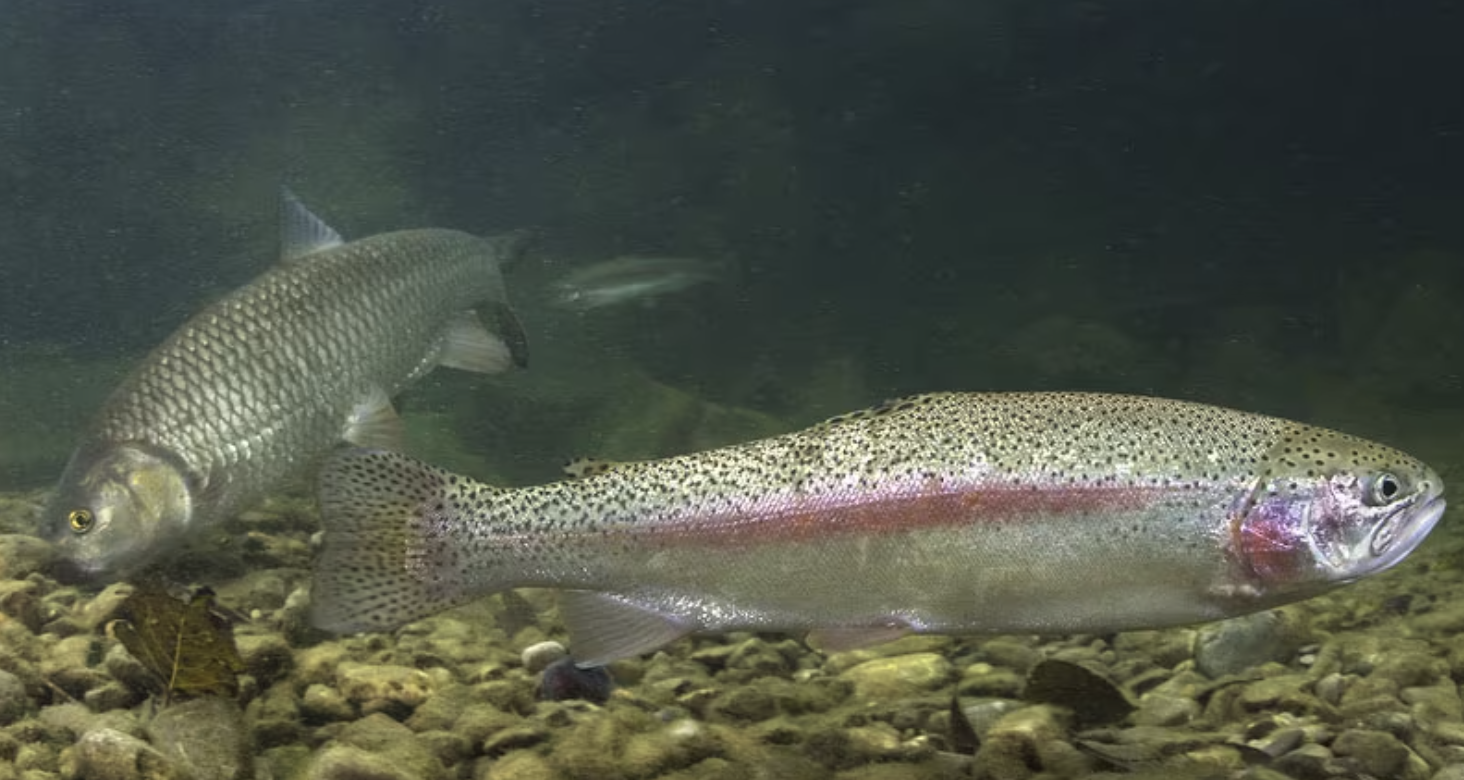 Range: Cold Water Tributaries of the Pacific Ocean in Asia and North America

Diet: Carnivore including insects and even eel

Rainbow Trout and Steelheads are the same fish but the Steelheads are much larger and have become anadromous. Anadromous means that they are born in freshwater but grow up in the ocean and come back to fresh water in order to spawn. Rainbow Trout are the official state fish of Washington.

Rainbow Trout are resident to cool, clear freshwater streams and lakes that range from 50-60 degrees F.

Adult Rainbow Trout are distinguishable by the reddish stripe along the lateral line from the gills to the tail.  The Rainbow Trout are included in the list of the top 100 globally invasive species because of their introductions across the world for food or sport.

The Idaho state record for the largest rainbow trout caught is 31.25 inches. However, they could grow as long as 4 feet and weigh up to 53 pounds! 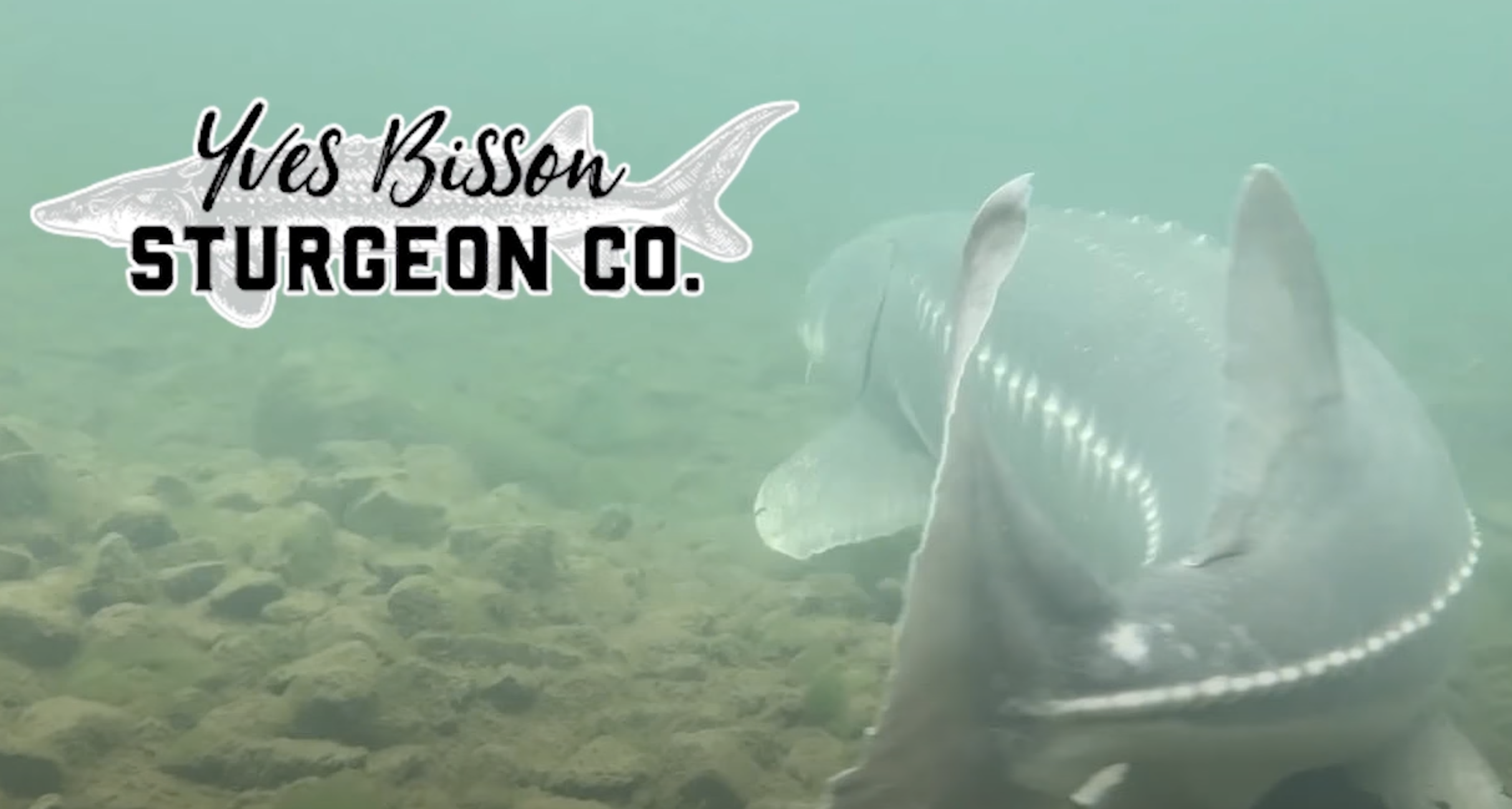 Sturgeons are considered living fossils since they have undergone little morphological changes since 100-94 million years ago.  Sturgeon are in the category of bony fishes, though there skeleton is composed mostly of cartilage.  They also have many bony plates called scutes instead of scales.  Sturgeon also have four barbels, a whisker in front of the mouth that they are able to use by dragging them along the bottom of the stream to taste for food before the food is even in the mouth.

Almost all species are highly threatened or vulnerable to extinction due to the combination of habitat destruction, overfishing, and pollution. 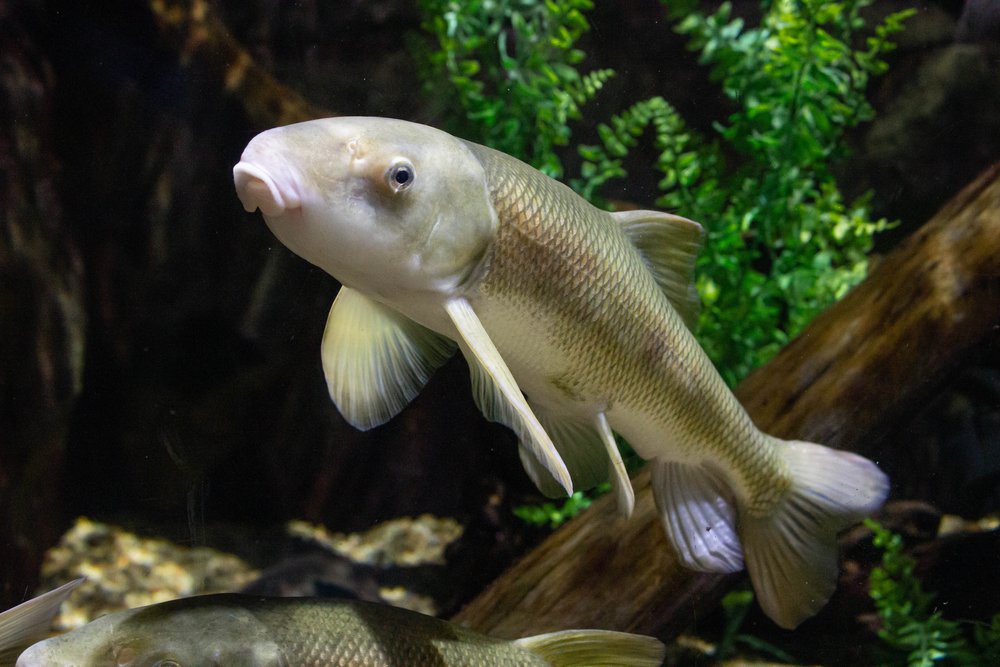 The mouth of the Utah Sucker is completely under the snout with thick lips.  The upper lip has eight rows of coarse papillae. 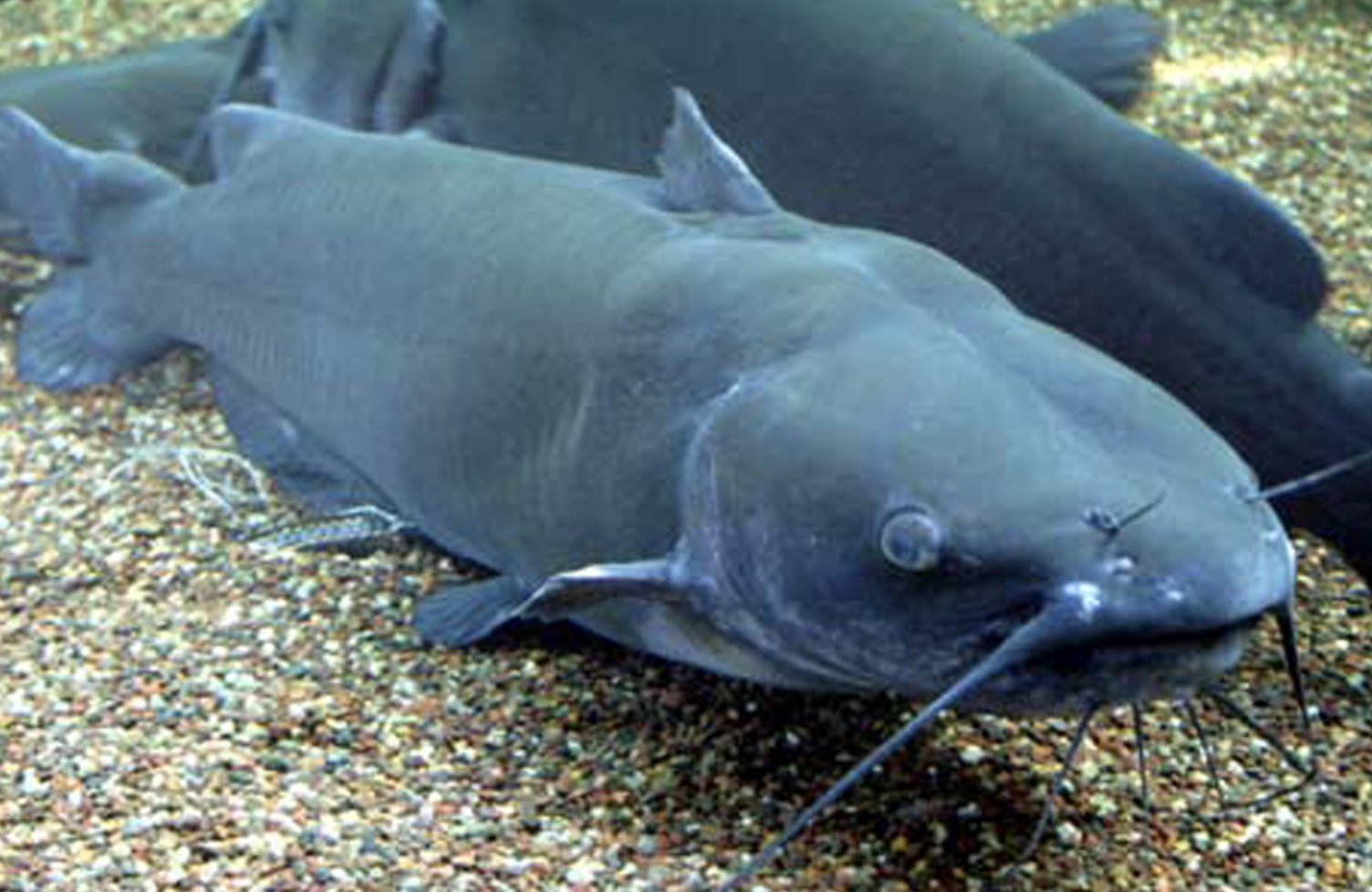 The Channel Catfish is the official fish of Kansas, Missouri, Iowa, Nebraska, and Tennessee.

These catfish have a very keen sense of smell and taste because of the high concentration of receptors in the nose and taste buds that cover the surface of its body.  The taste buds are especially concentrated on the four pairs of barbels, whiskers, surrounding the mouth.  Channel Catfish have a nickname the “swimming tongue” because of their taste bud characteristic.  This combination of senses of taste and smell allows the catfish to find food in the dark or muddy water with ease. 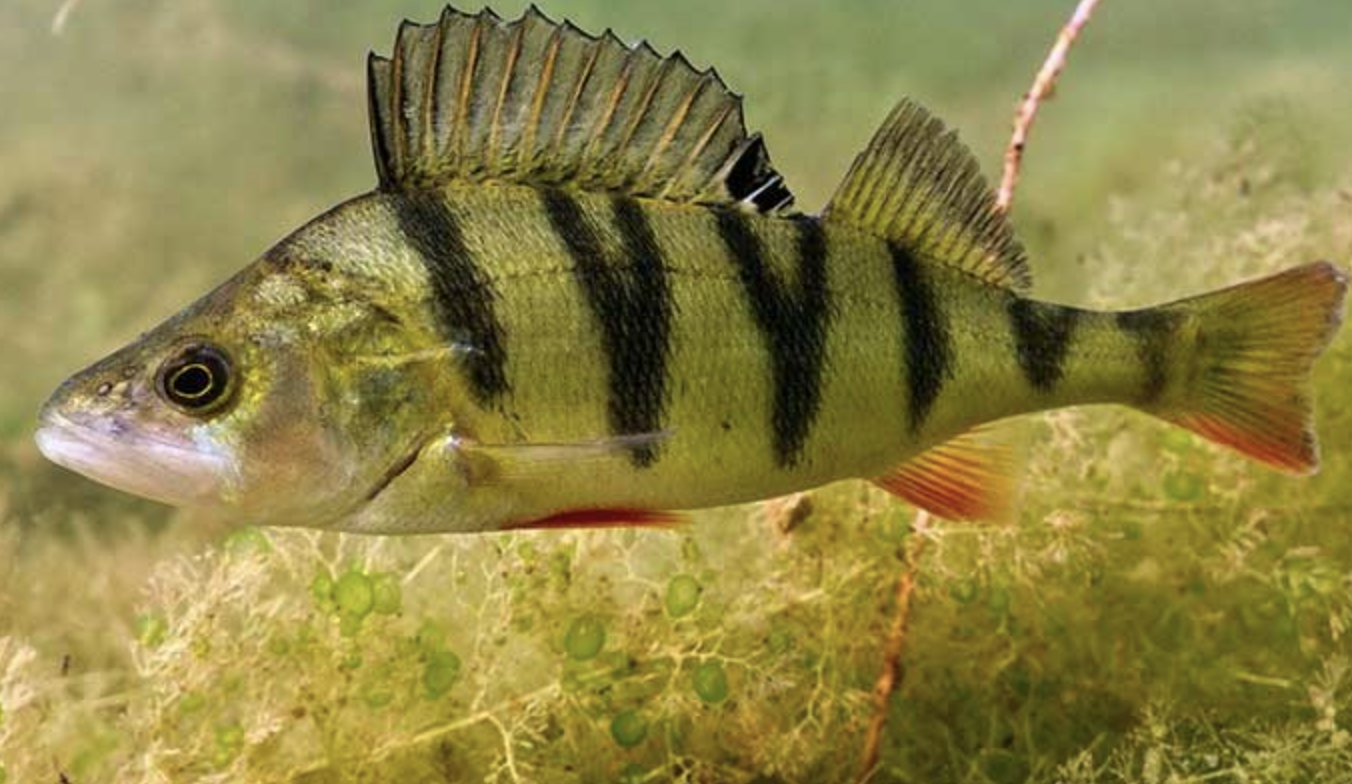 Yellow Perch  is a desirable sport fish and one of the easiest fish to catch and can be taken in all seasons.  They make up around 85% of the sport fish caught in Lake Michigan.

Yellow Perch are also an extremely important food source for a various of birds including Double-Crested Cormorants, eagles, gulls, and hawks.  They are a schooling fish but they need vision to keep their schools together and so they will break up at dusk and reform at dawn.  These schools can contain anywhere from 50-200 fish.  Yellow Perches are relatively poor swimmers with the fastest being only 12 mph in schools while individuals swim less than half that speed. 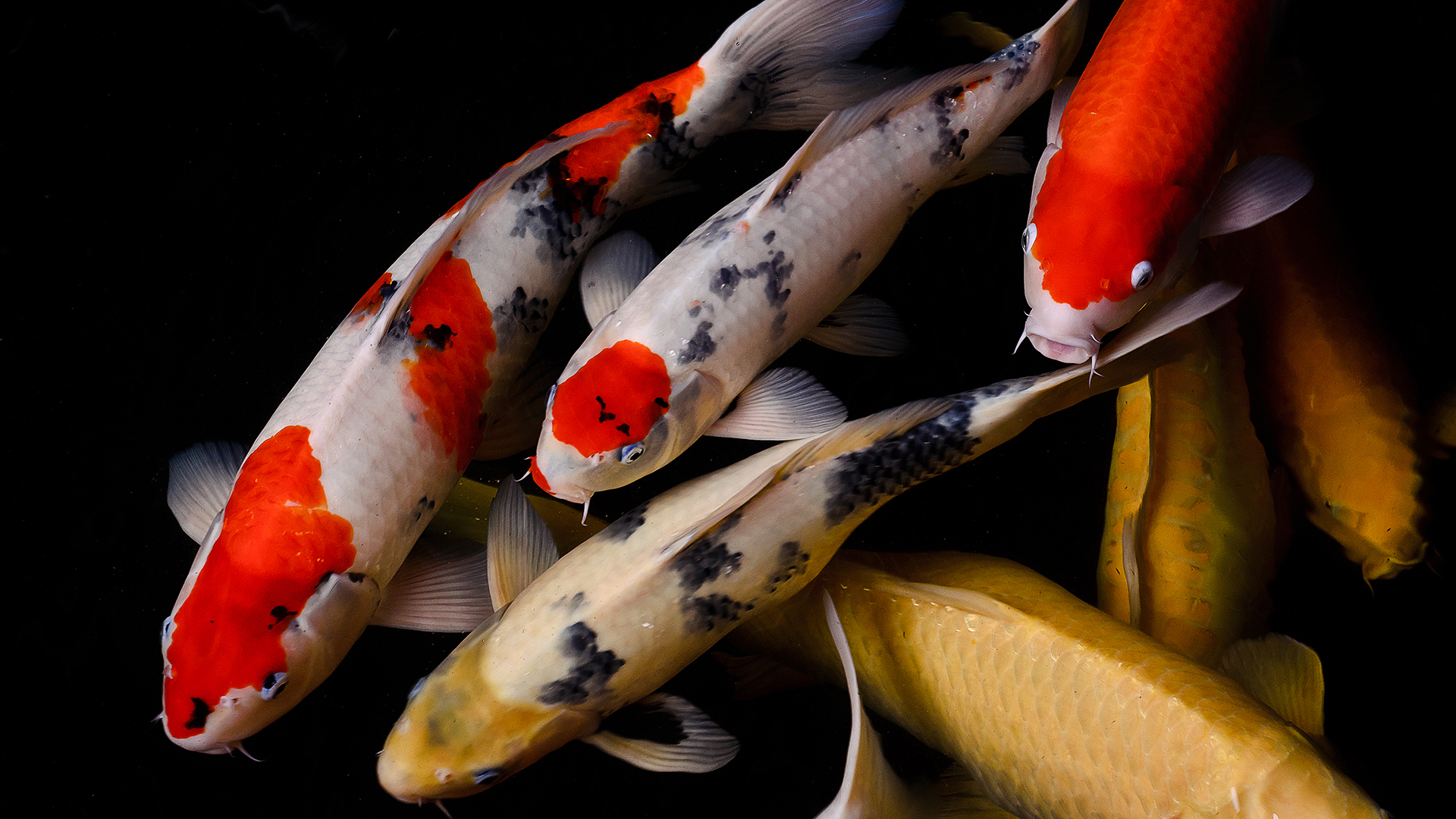 Koi are colored varieties of the Amur carp that are kept for decorative purposes.  They are subspecies of the common carp.  The world didn’t know about the colored variations of the Japanese koi until 1914 when they were on display at an annual exposition in Tokyo even though they were bred in Japan in the first half of the 19th century.

In Japanese, “koi” means affection or love and so koi are symbols of love and friendship in Japan.

In 2018, one carp was bought by a Chinese collector for about $2 million, the highest price ever. 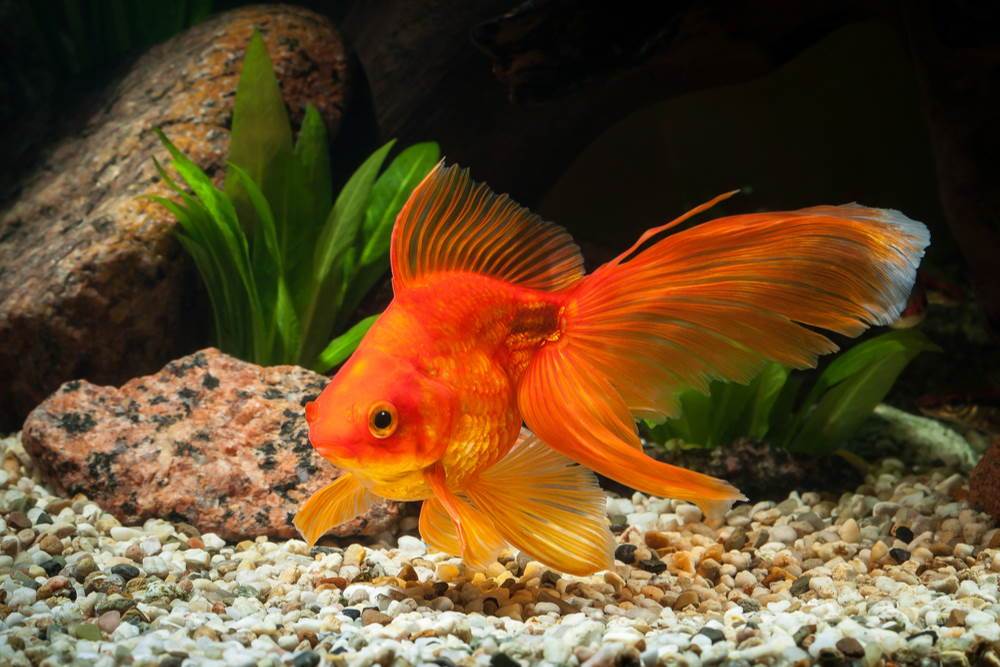 Carp were first bred for color mutations in China more than a thousand years ago that eventually led to the development of Goldfish.  They are normally kept as an indoor pet and have become invasive pests because of them being released.

In the 1620s, goldfish symbolized good luck and fortune and it became a tradition for married men to give their wives a goldfish on their first anniversary as a symbol for prosperous years to come.  However, as the goldfish became more available, the tradition quickly died.  Goldfish were introduced into North America around 1850.

Goldfish may even learn to recognize their owners and soon associate them with food.  Therefore they will hang out by the glass and “beg” for food when the fish see them.  Goldfish also have a memory span of three months and can be trained to recognize and react to light signals of different colors or to perform tricks. 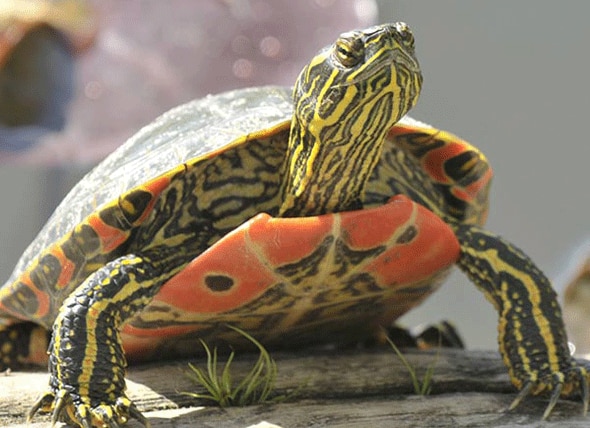 Reliant on warmth from its surroundings, the painted turtle is active only during the day when it basks for hours on logs or rocks. During winter, the turtle hibernates, usually in the mud at the bottom of water bodies.