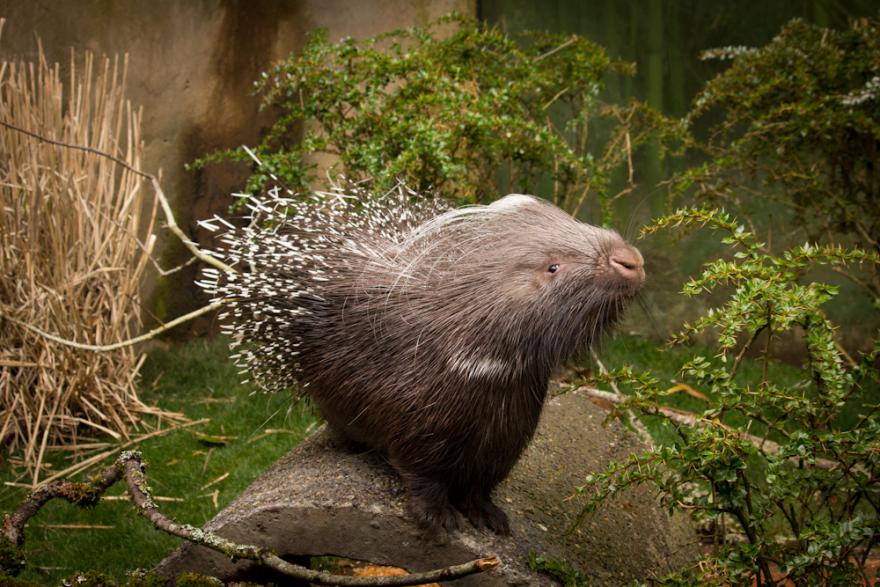 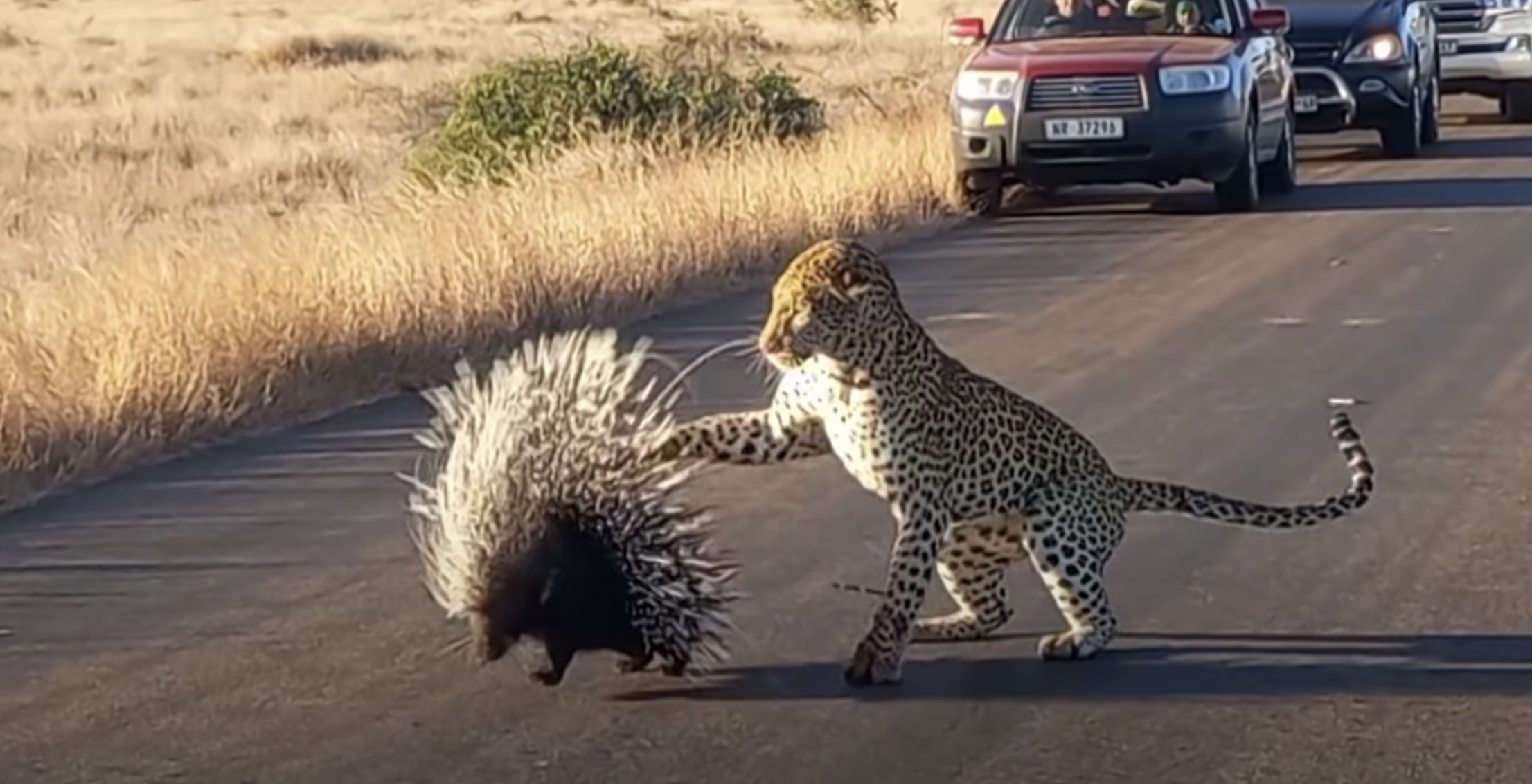 African Crested Porcupines are a type of rodent. Just like rodents, they are nocturnal foragers, often traveling up to 9 miles in search of food each night. They also have incisor teeth that grow constantly throughout their life and need to be worn down by chewing on various trees and logs.
African crested porcupine is covered in quills which it pushes into potential threats – it is a myth that they can fire their quills out. When disturbed, they raise and fan the quills to create an illusion of greater size. If the disturbance continues, they stamp their feet, whir (make a low continuous sound) with their quills and charge the enemy, back end first, attempting to stab with the thicker, shorter, sturdier quills.

African Crested Porcupines are monogamous. They often live in small family groups that has a single adult pair and several juveniles and babies. Baby porcupines are called porcupettes. These newborns are born with their eyes open and with well-developed teeth. At birth, their quills are soft, but harden after about a week.

Our African Crested Porcupines name is Rufus. We got him from a breeder in Missouri. He was bottle fed the first few weeks that we had him. As a rodent, he is very smart and we have been able to train him. He is learning to go in-between peoples legs, to stand on his hind legs, to shake hands, and even bowl! Rufus loves people and always enjoys attention. You may pet him from head to tail. Don’t pet him from tail to head!